Nav means New and Roz means day therefore Navroz means a new day.  It is the beginning of  the Persian New Year and the first day of spring.It is celebrated on March 21.  Iranians start  celebrating  with New Years Eve on March 20.

Persians and other Indo-Iranian groups start preparing for Navroz with a major spring cleaning of their houses, buying new clothes to wear for the new year and buy flowers (Hyacinth and tulips).

On Navroz families dress in their new clothes and start the twelve-day celebration. On the day of Navroz  people gather around the table, with Haft Sin on the table or set next to it and await the exact moment of the arrival of spring.  At that time gifts are exchanged and  they start  by visiting the elders of their family then the rest of their  families and finally their friends.  On the thirteenth day families leave their homes and picnic outdoors.

Because of the house visits, you make sure you have a sufficient supply of pastry, cookies, fresh and dried fruits and special nuts on hand, as you typically serve your visitors with these items with tea or sherbet.

Some Novroz celebrants believe that whatever a person does on Novroz will affect the rest of the year. So, if a person is warm and kind to their relatives, friends and neighbors on Novroz, then the new year will be a good one. On the other hand, if there are fights and disagreements, the year will be a bad one.

Other items on the table may include:

In Surah Ya-Sin of the Holy Qur’an, Allah says:

Let the once dead earth be a sign to them. We gave it life, and from it produced grain for their sustenance. We planted it with palm and the vine and watered it with gushing springs, so that men might feed on its fruit. It was not their hands that made all this. Should they not give thanks?

Ismailis across the globe celebrate Navroz with the recital of devotional poetry in the form of ginans, qasidas.. Dried fruits, nuts and grains are distributed among Jamati members, symbolising blessings of abundance and sustenance. Navroz is also a time of family gatherings and celebratory meals, thus strengthening family bonds and fraternal ties.

All Muslim countries have different food on the day.  In Iran they cook white Fish and rice.  In Pakistan they have Egg and Daal  Biriyani,  Most people will use egg in the cooking.  In our family we make Egg and Daal Biriyani and Lapsi.

Eggplant is the fruit of a plant which originated in India.  Eggplant is a berry eaten as a vegetable.  There are a few varieties of eggplants.  The purple skinned eggplant, which as an elongated form like a large pear, is the most well-known variety.  The Asian eggplant refers to   varieties that can be as small as an egg, long and thin.  The thin, smooth skin can be dark or light purple, cream, white, green or orange.  The yellow-white flesh is spongy and contains small brownish edible seeds. 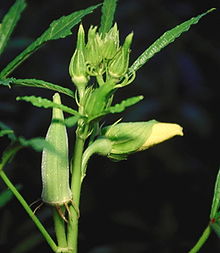 Serve with chapatti or paratha

A samosa is a stuffed, deep fried snack that is very popular in the Indian Subcontinent, Southeast Asia, Central Asia and Southwest Asia and Africa. It generally consists of a fried triangular, pastry shell with a savory filling, which may include spiced potatoes, onions, peas, coriander, and lentils, or ground lamb or chicken. The size and shape of a samosa, can vary considerably, although it is mostly triangular. Samosas are often served with chutney,generally as an appetizer. Given the popularity of Indian cuisine, samosas are widely available in Indian restaurants and snack-bars in Europe, North America, Asia and Africa.

While samosas are traditionally fried, many people  prefer to bake them, as this is more convenient and healthier.

In many countries samosa is sold as a street food.

Samosa is not an easy food to make.  You need a lot of practice to make it.  Now a days you can buy the pastry at an Indian grocery store and some supermarkets.

Serve with rice or bread.

*A can of evaporated milk can be used instead of whipping cream.

The chicken is cooked when the meat changes colour and it is firm to the touch.

This recipe is from the Hello Magazine and is by a Norwegian food writer Signe Johansen.  This is a wheat free cake.

Serve this cake either on its own or with mixed summer fruits pile on top and with sour cream or crème fraise. This is quite a moist cake, so it will keep for 3 to 4 days in an airtight tin or wrapped in foil.

Undhiyu is a Gujarati mixed vegetable casserole that is a regional specialty of Gujarat, India.  The name of this dish comes from the Gujarati words “matlu” meaning earthen pot and “undhu” meaning upside down since they have been traditionally cooked upside down underground in earthen pots fired from above.

The dish is a seasonal one, comprising the vegetables that are available on the South Gujarat coastline during the winter season, including (amongst others) green beans, unripe banana, muthia  and purple yam. These are cooked in a spicy curry that sometimes includes coconut.

Undhiyu with puri and shrikhand is often eaten in Gujarati houses during winter season.

you will find a few different recipes for Undhiyu.

Undhiyu has a lot of ingredients and takes longer to make.  It is prepared in stages.

Serve it hot on a platter sprinkled with chopped cilantro.